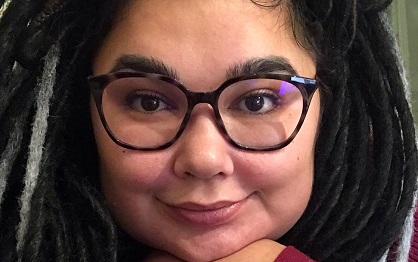 For starters, let’s break the ice and get to know each other better. My name is Olga, I am 29 years old and I am living with Bipolar Affective Disorder or BAD.

My family consists of three dudes aged 33, 5 and 7 respectively. This won’t be the first or the last time you read about them on my blog. My condition has taken a heavy toll on my family life. However, both my husband and sons have been my rock throughout the challenging journey towards remission.

I was diagnosed with BAD two and a half years ago, but I have been sick for as long as I can remember. My first-ever depressive episode happened when I was seven years old. What followed after were the appointments with neuropathologists who would misdiagnose me with vegetative-vascular dystonia. The treatment obviously did not work. Still, I somehow managed to stay afloat until I finally went to see a psychiatrist for the first time as an adult.

As far as the work goes, I’m doing all sorts of things, just like many other BAD patients. I am a lawyer, a barista, a cake baker, a bit of a photographer and videographer, a social project manager, a paramedic, an artist who also happens to teach art to kids and adults, and a copywriter. More often than not, I find myself getting involved in volunteering projects where I help the military, single moms, and displaced persons.

A year ago, I quit the medical academy where I had been studying for a year and a half. It wasn’t an easy decision to make but I realized that I no longer wished to pursue a medical career. At the time, doctors were trying to find the right medication regimen for me, I was dying to get some sleep and wasn’t feeling all too well, to say the least. Naturally, I wasn’t doing that great academically either.

I had been to the war zone. As paradoxical as it may sound, the safest I have ever felt was when I was there, at the first line of defense. This is how bad my BAD – no pun intended! – was at the time. I had not been getting any proper treatment yet, so I suppose that decision was partially driven by the illness itself.

Prior to that, I had been organizing humanitarian aid and managing a few charity projects of my own. My experience of dealing with the wounded and cargo 200* was pure hell. I still have nightmares to this day. So, now aside from BAD, I’m also suffering from post-traumatic stress disorder (PTSD) which I’m going to touch upon in upcoming posts.

After I ditched the medical academy, my friend, husband and I opened an art workshop. It was a glorious year. I was creating art and hanging out with my friends for days on end. However, that short breather didn’t last long – I had my very first psychotic episode, slit my wrists open and ended up in the hospital.

I had been to the neuropsychiatric clinic three times, the last time being in February this year. I have been in remission ever since.

I have been seeing a therapist for 5 years now. This is by far one of the key preconditions for achieving remission.

I keep exploring new careers and opportunities, plan to open a new workshop, and host a painting and art class. I would also like to become a designer. On top of that, I would like to share my story on this blog with all of you.

Raising awareness about BAD and other mental disorders is what one of my missions is all about. A dream of mine has recently become a reality. One of the Dnipro-based art galleries has hosted an exhibition displaying my paintings and sketchbooks. It was dedicated to people who are dealing with mental illnesses. We have discussed this topic quite a bit and gotten some pretty good feedback. We are going to continue talking about it further down the line. So, stay tuned!

*A military code word used in the post-Soviet states referring to the transportation of casualties. Officially, the term Cargo 200 is military jargon to refer specifically to the corpses of soldiers contained in zinc-lined coffins for air transportation.