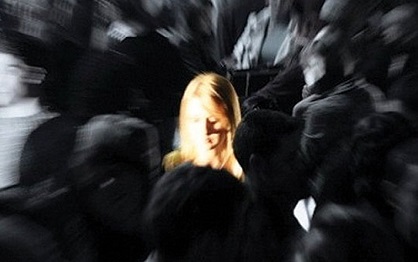 I would like to share my experience and the findings of existing studies on the seasonal patterns of Bipolar Affective Disorder.

I’m going to speak for myself first. A little over two years have gone by since I got diagnosed. This is when I started noticing the way seasonal changes and phenomena, like lengthy rainy days, fog and heat, affected me.

I have figured out that June, September, November, February, and March are the hardest months for me. Despite the abundance of sunny days, June is when my depression kicks in. However, it is typically moderate and can be treated with antidepressants without the need for hospitalization.

In the period from September to mid-October, I typically experience the surge in activity. Then hypomania takes over. I start getting into new hobbies, taking on several jobs simultaneously, or joining various courses. That said, my general physical and mental state is unstable which results in mixed episodes in winter. I ended up getting hospitalized three times because of this: twice in the spring with a one-month break and one time in the winter of 2019.

As I have mentioned earlier, there is a support group in our city. We have had another meeting recently. What I’ve noticed is that all of us are feeling pretty fragile in September and October, even while being on medication. The majority experiences depression to a varying degree. Some, like myself, are going through mixed episodes. The others alternate between depression and hypomania.

This is incredibly exhausting. I was in remission for six months. Got two new jobs. And then I suddenly found myself in some stagnation-like state. I would wake up late in the afternoon and fall back asleep barely having done any chores or my work. That’s what my last fall was like.

These are the patterns I’ve noticed in myself and my friends. Forums, support groups worldwide, and therapists claim that BAD flare-ups are also linked to seasonal changes, especially a change in sunlight. Depressive episodes typically occur in fall, spring and less frequently in winter, while hypomania gets aggravated during summertime. What do relevant studies have to say about this?

First off, we need to figure out what chronotype means and what its groups are.

Based on the article titled Physiological Characteristics of Individuals with Different Chronotypes written by Glutkin S.V., Chernysheva Y.N., Zinchuk V.V., Balbatun O.A., and Orekhov S.D., the term “chronotype” was suggested in order to define an individual’s behavioral manifestation of the circadian rhythms of the physical processes. In 1939, neurophysiologist Nathaniel Kleitman put forward the idea that there is a basic 24-hour wake-sleep rhythm. In 1970, the Swedish psychologist Öquist defined three chronotype groups: Morning (i.e. “larks”), Intermediate (i.e. “pigeons”) and Evening (i.e. “owls”).

Below are the conclusions published in the final article of the “Bipolar Disorder with Seasonal Pattern: Clinical Characteristics and Gender Influences” study.

In light of the aforementioned, the studies confirm that the mood swings in approximately a quarter of BAD patients depend on the season, amount of daylight, and gender.

The solution developed by the Bicovery team is going to factor in the seasonal aspect of BAD, while comparing the person’s current state with the average activity indicators for the previous week and for the last week of remission. That way, we will be able to spot the changes in figures in order to promptly address the potential flare-up.